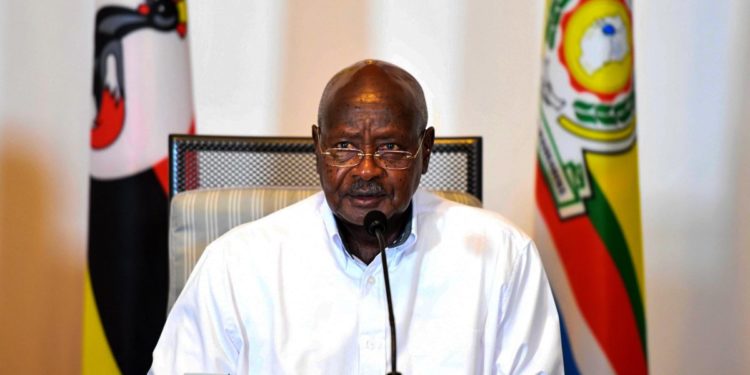 The President of Uganda, His Execellence, Yoweri Kaguta Museveni has assured the world that Uganda is safe to visit in spite of cases of Ebola in the country.

The president was addressing the nation on November 15, 2022 on the Ebola situation some districts and measures that government has put in place to contain its spread to other parts of the country.

The president said it was unfortunate to hear that tourists are cancelling and others postponing their trips in hotels because of fear to contract Ebola. “I have been informed that tourists have been cancelling their trips to Uganda and some have even postponed their bookings in hotels and lodges due to the Ebola outbreak. Furthermore, international conferences and meetings have been postponed and some moved to other countries due to the Ebola outbreak. This is most unfortunate” said the President.

He said that Government is doing all it takes to control the epidemic and avoid exportation outside Uganda. He added that the list of Ebola contacts has been availed to the Immigration Authorities to prevent them from international travel. In addition, there is screening at the airport and land border points of entry for temperature, symptoms and history of contact.

Mr. Museveni rallied the international community to feel safe while travelling to Uganda because Ebola has been effectively handled and contained in only 6 districts.

“I would like to reassure the international community, tourists and conference organizers and the entire Ugandan population, that Government has put in place measures to control the outbreak. The Ebola outbreak is localized to only 6 out of the 146 districts. Uganda remains safe and we welcome international guests” he said.

Since imposing restrictions in Mubende district, the number of cases reduced to an average of 3 cases per day. This has been attributed to intensifying of control interventions which included; door to door sensitization of the communities by the Village Health Teams, training of the health workers on Infection Prevention Control in both public and private health facilities, safe dignified burials of all deceased in the communities and hospitals and early treatment of cases at the Ebola Treatment Units.

The President says that efforts are beginning to pay off as there has been a decline in in the number of cases in Mubende with only 1 case registered in the last 18 days.

Uganda Wildlife Authority has continued to take the safety of visitors to national parks, wildlife reserves and head office as top priority by strictly following the guidelines set by the Ministry of Health to stop the spread of Ebola. This measure has ensured that all UWA protected areas and other estates are safe for visitors.

No comments to show.